A downloadable game for Windows and Linux

Neon Nova Ultra Space Rumble is the ultimate local 3 vs. 1 laser arena brawler any sane soul has to play at least once.  It’s as addicting as taking a nap when you actually have work to do and just can’t stop procrastinating.

You will be divided into teams, or to be more precise it’s three of you against one. So make sure the newest and/or least likeable friend is the one you team up against!
(No worries hated friend. The game will lend you the power you always desired to blast your so-called "friends" into the ground!)

Each of you has to choose a role in the beginning, either Attack, Tank, Runner or Boss. But as Heroes you can swap your roles during the matches as often as you want. But it's cleverer to do it when the Boss changes its color because it indicates which Hero does double damage.

Let's take a closer look at your roles and your special abilities:

- can shield any damage

- can push the Orb, but just a bit, just a notch

- is followed by the Orb which deals massive damage to anyone

- can shoot and deal damage to all Heroes

- has a super cool Supernova that does super damage to everyone in its reach!

The game supports most common controllers. For a full list of supported controllers see this link.
If your controller isn't supported, you can still try using x360ce.

In order to download this game you must purchase it at or above the minimum price of $2.99 USD. You will get access to the following files: 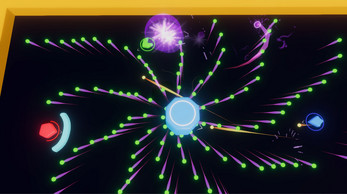 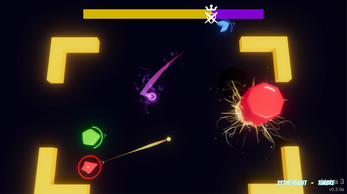 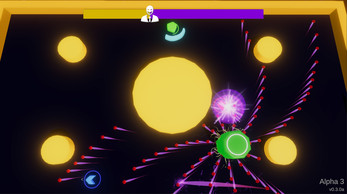 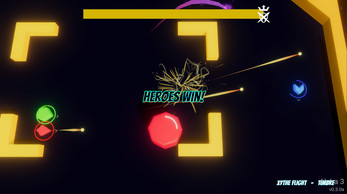 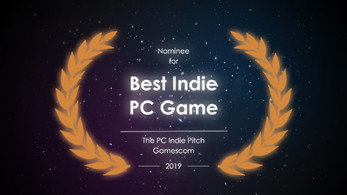